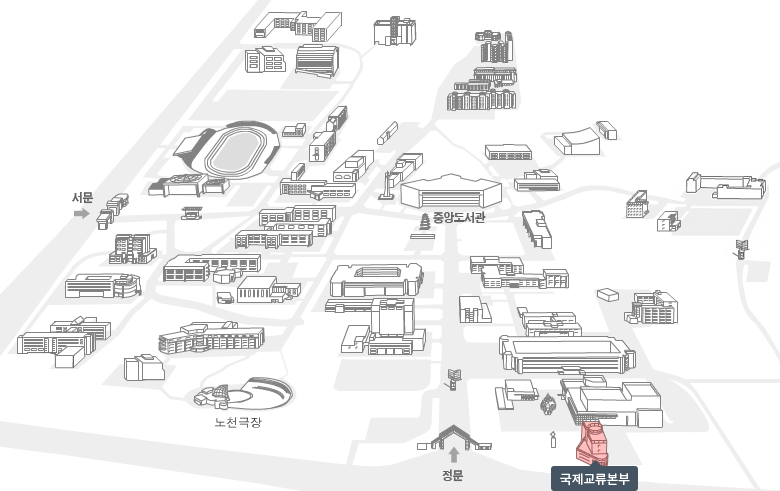 CNU enjoys the best possible environment for excellence in research and education thanks to the presence of high caliber organizations such as the Daedeok R&D Special District, the Multifunctional Administrative City, the Daejeon Government Complex, and the Headquarters of the Korean Armed Forces. This environment made it possible for CNU to develop into one of the nation’s strategic universities by government and evolve into the center of cooperation with research institutes and industry.

Daejeon (대전) is the fifth largest city in South Korea ans located in the heart of the Korean Peninsula. So It takes about 55 minutes from Seoul by KTX. As an education and science hub of the country, most of Daejeon sightseeing is related to the field of technology.

How to get to Chungnam National University